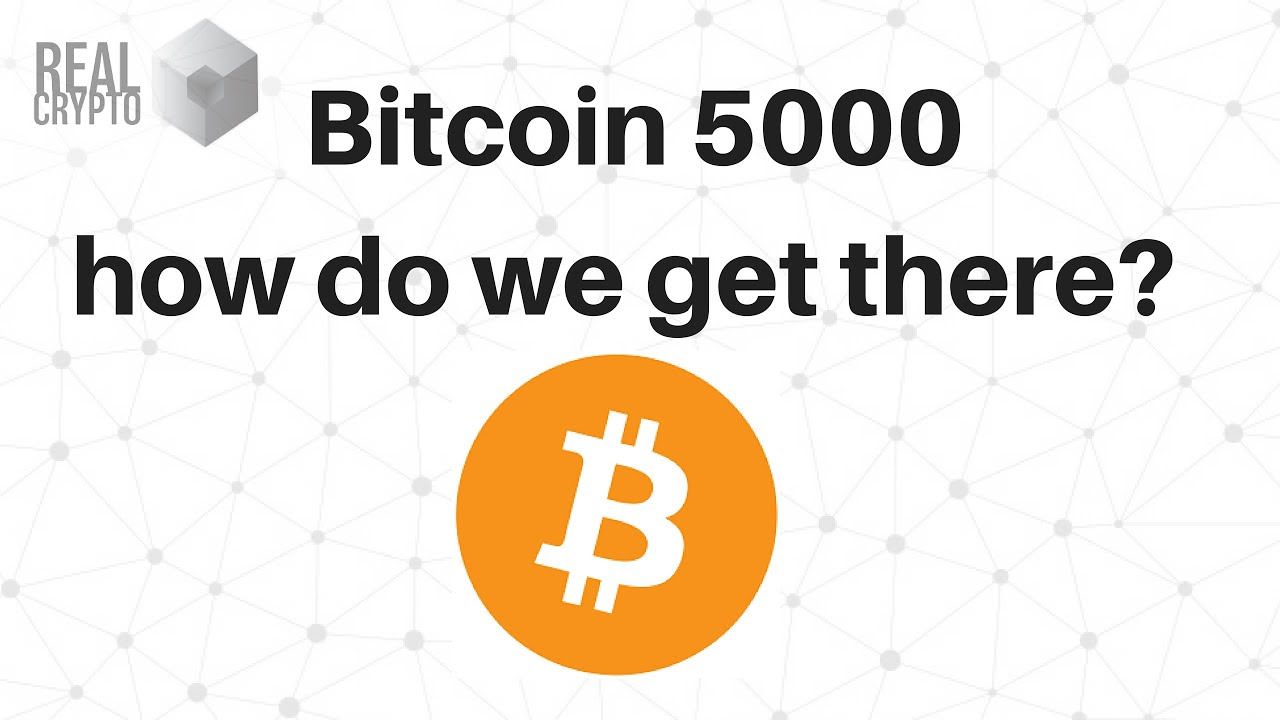 When did you first hear about Bitcoin? What is a friend that told you, was it on the news, were you just going through YouTube and came across some strange guy talking about it mooning? For me it was in 2013 and I saw it on TV at first they were talking it going over $100 per Bitcoin so I decided to check it out. I have been very active in the stock market for some time at this point and when I saw the chart of Bitcoin I was immediately interested. I actually bought 2 Bitcoins and rode it up for a near 400% increase in price, I sold it, cashed out, and that was that.

I’m not sure how you were introduced to it. But didn’t Bitcoin 5000 seem like something that was going to happen in 2019 or 2020? When we think in terms of the future of this currency it is unprecedented how far, how fast and how much the world has gravitated, accepted and dumped money into this currency. There have been attempts at a cryptocurrency before but Bitcoin got many things right that others did not, the decentralization, the lack of greed in allowing everyone to participate, the immutability of your new money and the prevalence of smartphones has really made Bitcoin possible. The success of Bitcoin has really put it into a position now where the world cannot ignore it and call it a fad.

The up and coming generation knows nothing of a world without the internet, my children will be astounded that we grew up without smart phones, and this type of experience that they are having will make a digital money feel perfectly natural to them. Gone are the days of having change in your pocket to get a candy or soda for the next generation we will fill their wallets with digital currency.

Bitcoin 5000 came and gone so fast, it crossed the barrier in less than a minute, and shot right up to 1920 or so, it didn’t stop, it didn’t studder. One of the main reasons why this time around is the upcoming fork in Bitcoin, and even though it will come back to 5000 at some point it just goes to show you that the price on the chart doesnt matter. The real question is “Do you want Bitcoin or not?” and a vast majority of people have answered “YES”.

What is happening now is very important in cryptocurrencies, the large banks and institutions are starting to get involved in Bitcoin, you are seeing daily articles now about how Bitcoin is going to be big (GOING to be big!) and how people are just NOW putting together funds to trade in Bitcoin and invest in it. So if the big money is on the sidelines what is that going to do to the price in 2 years?! I personally think we could get to $50k Bitcoin in no time. Yes I just pulled that number out of thin air but think about it. We went from 3k, to 6k in less than a few months. If institutions are going to be buying this asset up in bulk, why not 50k? There is only a small amount of Bitcoin and with Billions of dollars coming into the mix anything is possible.

So with all of that being said should we be trading Bitcoin or should we be holding Bitcoin? That is an excellent question! It is up to each of us to answer that however, many people have a hard time holding an asset that is this volatile, but the consequences of being short sighted have already cost me greatly. Since I entered the cryptocurrency market I have had an opportunity to be up over 100% in Bitcoin and I am not. My trading of Altcoins has me up 100% so maybe in the end its a wash, but maybe the HODLers are right. Just about the wrong thing.

You HODL the best, you dont HODL everything.