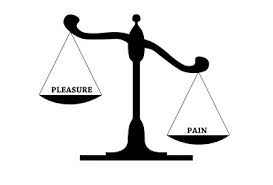 Yesterday the CME group announced that they are going to develop a Bitcoin futures contract after regulatory approval. This is massive news for Bitcoin and the community. Even though many “purists” don’t want something like this to happen they really have no say in the matter.  It is also better for the Bitcoin community to have Bitcoin legitimized and that day is coming if its not already here.

Governments are usually the leaders or the laggards, they led us into the internet (DARPA specifically) and they have been laggards in tech, but their hands are going to be forced fairly soon in regards to Bitcoin, the wave is very strong and coming quickly and they are going to have to make a decision. Believe it or not even inaction is a decision in favor of Bitcoin, and in reality they cannot do much about the actual Bitcoin community, the only thing they can really do is somehow regulate how Bitcoin is classified and that may be handled by the SEC, IRS, CME and CBOE.

This attention by large official institutions is what is getting Bitcoin’s gears going, this is what is going to power it into 6 figures, but the Bitcoin “purists” dont want this to happen all of the sudden and this is a dilemma. Many of the techies that “run” Bitcoin really dont understand market forces and what propels things higher in value, in order to achieve massive valuations in Bitcoin were going to need the “evil” money of the big banks, they will actually propel the revolution forward, even if the eventually become part of it. How can they not jump into the marketplace? Their job is to find value and growth and Bitcoin has grown 6 million percent! That cannot be ignored and is not any longer.

The cat is out of the bag people!

Were knocking on the door to 7000 and it appears much more is in the cards, this type of price action is what you want to see when big money steps in. The price is rising very steadily and we could be in for a big parabolic top, which would indicate a crash would be due at that time. But Bitcoin has a way of riding these parabolic tops and going higher still, you can look to May 2017 when we ran to 2700 from 1300 as an example. It just kept going! So we could be in for a “rough” ride and one thing is for sure, none of us bought at the bottom and none of us are going to sell at the top the only thing that we can do is trade the plans that we have made and be happy with the results.

So where does this leave all of the many hundreds of Altcoins? Recently the Alts have had an inverse correlation with Bitcoin, meaning that when Bitcoin goes up they go down and this appears to be continuing.

One theory is that many Altcoins are pegged to Bitcoin and as Bitcoin rises many people view the chart and think they are losing value so they sell the coin which in turn will actually make Bitcoin go higher, because if you sell OK/BTC you are going to be buying BTC! So this can create the inverse correlation. On the other hand it could also be that larger institutions are getting involved pushing us higher, and it could be a little of both. Either way you have to do what the charts tell you to do.

We will see the alts rise again, but it wont be when everyone is looking, by the time the Alts come back I have a feeling many people will have given up on crypto’s and gone back to their normal lives wishing they never heard of Ethereum, then 6 months later ETH will be worth $1000 lol. Thats just how the cookie crumbles sometimes in the trading world.

In trading and investing you can never give up, because you only lose when you give up. In the mean time you have to trade the market you are given, so dont chase Bitcoin, look for a consolidation area and get in. Then set your stops and go about your day.